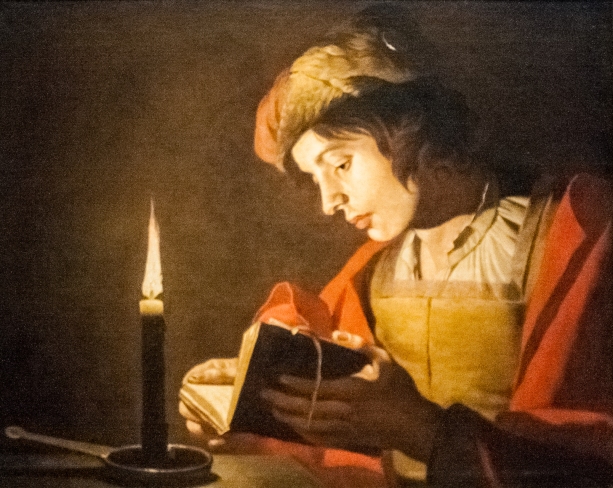 Not much weighs less than a name. Still –

Names connote more than letters on a birth certificate. They are the blessings of our parents and the identity for our national placement. They are the curse of our enemies and the honor of those who love us. They may boost our aspirations or cost our freedom. They are our paycheck and our entry check to class reunions, our marriage bond and our legal rights, a memory of our failures and a trophy for our successes.

Think of Dwight David Eisenhower and you think of a brilliant commander. Think of Albert Einstein and you think of a brilliant physicist. Ta-Nehisi Coates is a gifted African American writer, his name as unique as he is. And who doesn’t know Madonna? Not the blue-robed statue in church – the barely robed one on the stage. Princess Diana will always be remembered, her name associated with compassion, royalty, and a horrible death. Or Buddha, his calm figure seated in a temple, his singular name easy to recall. Mahatma Gandhi is always thought of as a man of peaceful civil disobedience, and Sun Tzu always as a man of war. Mother Teresa recalls a kindly nun bringing hope to the poor and disenfranchised. Think of Hannibal and you will also think of the Alps, maybe a bit of history. If you like history, you might remember Betsy Ross and the first American flag, or of Florence Nightingale who raised the profession of nursing. And who could ever forget Malala, the face of courage in the face of terror? Or Abraham Lincoln and the brief speech that makes us value the cost of freedom? Or Anne Frank whose teenage diary makes us remember the cost of bigotry?

There are more ordinary folks also, whose names carry weight for them. Renee is called Naynay because her younger sister couldn’t say the letter R. Samantha hates her name and demanded to be Manda until her friends convinced her Sammie was way better. Howard is Howie even as an adult though it’s a bit babyish now, and Leonardo was always better known as Leo, which fit well as a child and an adult. Carol and Leslie are twins, male twins, and though their names are unisex, they chose less androgynous monikers. Call them George and Arnold today, their given middle names, no mistaking them in person or print. Neither Sherry nor Brandy has a taste for alcohol, given their mum and da were drunks, so soon as they could, they chose less addictive names.

Dano’s real name is Rupert Daniel, but God forgive anyone who calls him by that first tag assigned him by his insistent great-grandfather. Since he couldn’t pronounce his own name at two, he became Dano – the way he said it, and better all around. Bertha Agnes Froog was visited at nineteen, a week after she left her parents’ home for good, by a dream spirit who divined her true name: Indigo Wave. Seriously, were I named something as awful as Bertha Agnes Froog, I’d also have run from it. Well, maybe not to Indigo Wave.

Given names (was Hero an honor or a joke played on the baby?) Inherited names (how many James Smith does the world need? OK for James Smith Jr., or the III, even the IV, maybe the V, but the VI – now we’re bored and the exclusivity has worn off.) Family names (no one on earth wants to be known as a Hitler or a Torquemada, even if the first name is Juliet or Aiden.) Baby names (don’t call anyone Pootie Pie if they are older than two.) Pseudonyms (are you hiding or running away?) Nom des plumes (so past acquaintances can’t catch up to you, or because someone else has made your real name famous, Marilyn Monroe?) Nicknames (Stinky, Button, and Ladybug were fine back in the day, but it’s no longer back in the day.)

Authors have much fun making up names. My favorites are those who create unpronounceable letter combinations but get angry when we say them incorrectly. Why shouldn’t I say Jacob if someone writes Jkb? If they want me to say it as Ickbo, it should be spelled that way, no matter that Jkb is a creature from the planet Zxqkn. That’s Zisqueen to me but Ekshozsa to the writer – they intended the final n to be silent. And if anyone chooses #*^^)(@% as a name, I will pronounce it Joe or Sue, depending on gender – if I’m able to determine gender – they may choose.

I’ve chosen names for my stories according to the decade and country where a person was born. And to my whim. Elaine is an American character I like, though she is deeply flawed, Harvey is an unlikable jerk. John is strong and protective, and Junko is Japanese and wise. Rivka is a hero in the same story as Janusz, while Egon is a brute, and his name means the edge of a sword. Gittle, meaning good, is a sweet if naïve woman while Mendel’s name is changed several times.  Jocelyn, called Joey, links together generations and continents. In another story, Mama has no other name but her daughter, Kimberly, is called by different names depending upon who is talking to her. Dr. Michael Saginor pays homage to my OB-GYN, though the name is a bit different from the real physician.

So now for my own name: I was born Sharon Lynne Bonin. I found it an awkward  mouthful for a kid who liked pink ruffles and wanted to be a flower girl more than anything in the world. My last name was changed to Pratt when I married, and friends call me Shari though there’s nothing documented to show it as a legal attribute. Look up a number of combinations on Google and you’ll find more than one Sharon Pratt or Shari Pratt. But there is only one Sharon Bonin-Pratt. Me. And this is my chosen nom de plume.