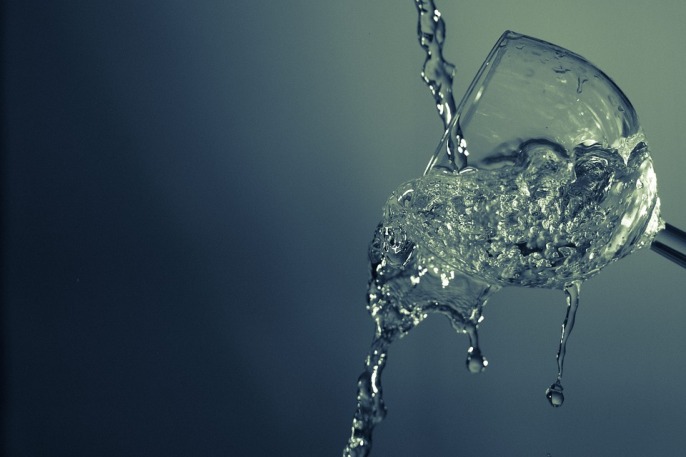 A few ounces of water barely fill a glass

Transparent, silent, static at the bottom

The surge of ounces conveyed quick as a tide

Saturating the books on the shelf, soaking their pages

A clumsy accident we say, and maybe that’s true

Grab the nearest cloth and press dry each book

Yet the pages between covers remain damp

They’ll dry in an hour or three, curling like waves

The rippled intaglio of having been doused

We harbor truth within our heart’s deepest coves

It slumbers quiet as a secret tucked in a locket

While hate flows from our tongue, lashing blindly

A snake hissing danger at the edge of reeds

Sorry is a sibilant word, sliding soft from our mouths

Like fire, water burns and leaves a riven scar

As we approach the holiday season, please remember the thousands who have lost members of their families, their homes and possessions, their entire communities, to fires still raging in California.

Say a prayer in the language of your heart, write a check to assist the many who have lost everything, and express gratitude to the exhausted first responders still on the frontlines trying to quell the flames and assist those who have been stricken.

To be truly thankful is not only to account for your own blessings but to realize that so many are injured, harrowed, and grieving, and then to share your bounty.

If your celebration this year finds you dining at a table of cinders, sobbing at an open gravesite, bereft of all but the charity of strangers, please know I wish you a future.

Kind of like stars – only the ancient light of them remains

Not yesterday’s anger either, just the sticky path of our tears

Kind of like rainbows – name their colors but never catch them

Not the wind either, just the toppled twigs, the skittering leaves

How did I not see you shiver, the confusion in your eyes

Why did you fail to ease the ache of my heart, my soul

Kind of like water – without shape of its own, only a wild surge

Not the thirst for assent either, just the hungry plea that you see me

Will you call my name, touch my hand? I cannot swallow

Love and acceptance, memory and future, all of all between

Kind of like fragrance – bereft of corpus, only a scent we inhale

Not the spices we measure either, just the smell of you against me

Even if you leave, I will still feel your breath on my cheek

Yet I run to gather flowers and seeds, as if they will thrive

You will always be a living presence in my life, today, tomorrow

Most of all, I

quiet to hear my sons’ laughter but snub the marching band

lean to smell the hyacinth though not costly perfume

chant the trope of psalms but refute the tyrant’s rant

kneel to drink clear water but am not sated with Champagne

The Broken Brain, the Healing Heart 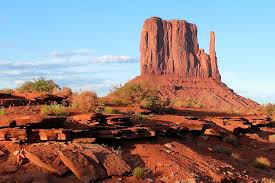 My mother suffered with Alzheimer’s for the last years of her life. She lived in a residence with hundreds of other folks who had memory loss. One was a wonderful man I’ll call Ben. Ben had been an artist before he became ill with Alzheimer’s. An intelligent, talented man who worked in various media, he pursued art as a passionate avocation all his life. He continued to create beautiful watercolor paintings all the years he lived at the residence.

As an art teacher for many decades, I explained to my students that creating art was an experience of Head, Hand, Heart – our class motto.  The Head is what we know or see of our world, the Hand is the education about color, composition, and holding a paintbrush.

The Heart is the most important element. This is where a master artist transports the viewer beyond the canvas or marble into his vision, where his creative impact lifts an ordinary entity into something luminous. Who doesn’t stand with their mouth open at the sight of Michelangelo’s Pieta, of Vermeer’s Girl with a Pearl Earring, of Georgia O’Keeffe’s Oriental Poppies? The allure of the intuited essence of life emanating from these masterpieces resonates with viewers. We hold our breath for a moment of sacred transcendence.

Who doesn’t stand with their mouth open at the sight of a toddler’s first drawing of a person, a wobbly roundish shape with eyes and mouth, arms and legs sticking out from the face like misplaced star rays because the body is missing. It isn’t that the body is actually missing, but what’s most striking about people to the youngest child are the very features she’s drawn. She’s skipped the unessential – the corpus – and gotten right to the crux of what informs her world – a face with its multitude of expressions, the limbs with their ability to move. Her Head and Hand are still learning but her Heart is in full mastery of its skills. We hold our breath for a moment of sacred transcendence.

You must understand this in order to grasp the following story about an artist betrayed by mental infirmities.

My mom and I frequently participated in the art programs, where we often worked beside Ben. I especially enjoyed watching him paint as every move was deliberate. He contemplated each stroke, color, and detail. I wondered if he’d worked with such thoughtful resolve even before he became ill with Alzheimer’s, or if the disease imposed a handicap that was a new challenge to his creative outlet. Maybe when younger and healthier, he’d painted quickly, though I suspect a precise focus had always informed his art.

As Ben’s physical health declined and the Alzheimer’s tortured his brain, painting became more arduous for him. He had a harder time concentrating and sometimes couldn’t make a decision about what color to use or what area to paint next. Even choosing a brush and lifting his hand demanded attention his brain didn’t willingly allow. Each move became an exercise in willpower over limitation.

His very last painting was of Monument Valley, the iconic desert in Utah. He used a photo as a reference and started with realistic images of the familiar tall buttes and the flat topped mesas in burnished shades of gold, orange, and brown. Over the weeks, as he became more ill and confused, the layered sandstone structures mutated into city skyscrapers with windows, doorways, and rooftops. Even his colors changed to ruby, emerald, and sapphire. The painting looked like two disparate images randomly assembled: a sublime southwest desert vista on the left, a garish and frenetic eastern megalopolis on the right.

Ben died only a few days after he’d completed the painting. His family disliked it and nearly didn’t take it with them. I explained how Ben had struggled to interpret the desert photo and finally decided he was looking at modern city skyscrapers. Advanced Alzheimer’s made a mockery of the man but the artist fought back with his will to create. They realized that the painting was less an anomaly of artistic expression and more a visual demonstration of how the brain declines but also re-imagines the corporeal world. With tears dampening their cheeks, they took home the painting that graphically displayed Ben’s deteriorated brain, knowing his Heart had been intact until the end.

We hold our breath for a moment of sacred transcendence.

My thanks to Peggy Bright of Australia who writes Where to next? blog, for the memory and inspiration for this article.