Inspiration for My WIP 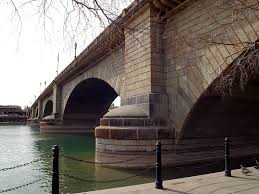 As promised in my June 9 post, I’m presenting a nip of The Milkman’s Horse, my newest WIP. It’s an exciting undertaking for me, and the provocation for the book is the stories my parents told.

Most of us hear stories from our parents about who they were before we were part of their lives. My parents told me the first story – about where I came from – before I turned three. I believed them at the time but that was before I learned enough about human biology to realize they were fibbing, just a bit. They told me they’d found me in a cabbage patch. They didn’t of course. They’d actually found me at Thomas Jefferson University where my dad was studying to become a physician – in the lunch room where he picked up the wrong brown bag and found me instead of the sandwich he expected. At least that was a story I could swallow.

The next story also concerned human biology. We lived in Hawaii then as dad interned at Tripler Army Hospital. Mom was pregnant with their second child. I was a very curious four-year-old and I wasn’t going to buy that cabbage patch story a second time. So for her next performance, she told me about a little door in her tummy where the baby would come out. A mysterious opening, sorta like the tiny caves carved into every mountainside that we saw when driving around Oahu. My parents said they were inhabited by Menehune, the mythical island pixies who hide from everyday folks. I stretched my neck outside the car window each time we spotted a cave, hoping to see a Menehune. The fact that I never saw one was proof enough for me of their existence. I wanted to see the door in my mom’s tummy immediately. She denied me but later went to the hospital in the middle of the night and came home with a tiny red squalling baby brother. I didn’t trust either of my parents after that. Door in her tummy – give me a break. He’d been left by the Menehune.

Maybe my distrust of their inception stories is why I didn’t listen very well to the rest of their stories. I was already jaded by the unreliability of their narration. Over the next eleven years they shared a few more stories, each of them choosing moments to tell me something about their parents and grandparents and themselves. After wondering where we come from, probably the next most important story is the one about how our parents met each other – so they could then go off exploring to find us kids.

As teenagers my parents lived in Trenton, New Jersey. My mom, “Naomi,” was the youngest daughter in a family of seven kids. She was best friends with “Evelyn” who came from a family of five kids. Naomi and Evelyn belonged to the same temple youth group. The girls arranged a double date. Naomi would go out with “Alexander,” Evelyn’s oldest brother. Naomi’s big brother, “Sammy,” would date Evelyn. That’s where the story ended. I asked many times where they went, what they did, when did my parents realize they were in love, and I was always met with the same foggy answer. Mom couldn’t remember the details. All she knew was that Evelyn and Sammy never hit it off, but my mom and dad had found their life’s mate in each other. They were married 63 years until my dad passed away six years ago.

Last week I spoke on the phone with my Aunt Evelyn – who told me that the double date never happened at all. She’d never dated any of my mom’s four brothers. How could this be true, I wondered? How had my mom told me so often the story about how she and my dad met on a double date with siblings, yet it had never been true? Thing was, she had not been trying to pull a cabbage leaf over me. She absolutely, 100% believed that she and my dad double dated with his sister and her brother. I’m disappointed to know that the double date story was a fabrication. I’ll never know the true story. Evelyn doesn’t know how my parents met or where they went on their first date. My mom now has Alzheimer’s disease.

The most horrible thing about Alzheimer’s is everything. It’s a disease whose victims die twice, once from their life when well, another from the life after the onset of the illness. The loss of dependable communication assures that my mom is an unreliable narrator. However questionable her recall ability decades ago, she now has no memory left at all. I may as well start searching through old lunch bags for the truth of my parents’ story.

I lived in New Jersey through my elementary school years, and all my family was born there or just across the Delaware River in Pennsylvania. Nearly all of my generation still live along the East Coast. Other than my parents who wandered with us kids about as far as we could, from Hawaii to Alabama and back to New Jersey, again to Hawaii, eventually to end up in California, only a few members of our sons’ generation also now live on the West Coast.

Aunt Evelyn disclosed that my dad’s family, who lived for a time in Lambertville, New Jersey, worked at the same period in New Hope, Pennsylvania. My dad delivered groceries on his bike for his dad’s mom and pop market. I always knew about the grocery delivery service but not that the store was in New Hope, which was my most favorite place to visit when I was a kid. I loved the town’s art vibe even at a very young age. There I was in New Hope, seven, eight, ten years old, eating handmade stuffed knishes*, thinking I was in Lambertville. They’re both charming artist colonies spread along the Delaware River across from each other, the river that separates NJ from PA.  My dad’s family traveled between them every morning, driving across the bridge to Bonin’s Market and then driving home each evening. My dad delivered groceries to a famous artist; now I have a better chance of figuring out who the man was since he lived in New Hope, not Lambertville. Cool, yes? A photo on Wikipedia shows the green steel bridge built in 1904. How did I not see the bridge we crossed when I visited? A child’s limited view from the back seat of a car, I guess.

I went searching for confirmation of the few stories my parents had told me and discovered most weren’t true. But I found the famous bridge over the Delaware and rebuilt a relationship with an elderly aunt whom I’d loved when I was a kid. I may never know the truth of those early stories but I learned that families survive all kinds of experiences. As for The Milkman’s Horse – I’d always intended it to be a series of loosely connected stories based on a few true snippets I’d heard in childhood. Thing is, truth depends on one’s state of mind. Now I know where I get my storytelling instincts. Sadly, I can never tell my mom how alike we are – she can’t understand such complex thought. Stories communicate ideas between people, bridging unknown worlds. Alzheimer’s has made communication a strange vacancy for my mom, a gap she can no longer bridge.

*My grandpop’s knishes were baked dough balls filled with savory concoctions of potatoes and onions or onions and ground meat. Best thing in the world to satisfy a hungry kid.

X is for X-tra Effort

What a Great Place This Is!